Brookside was developed in the 1920s with the aim of luring wealthy families from the West Adams District. A natural stream with koi and goldfish runs through the neighborhood and some of the homes have small bridges which cross this stream.

In 2015 Brookside passed an Interim Control Ordinance (ICO) to protect its architectural heritage. The ICO prevents developers from tearing down homes and building McMansions.

The boundaries of Brookside are Wilshire Avenue, which sits on the top of the neighborhood and Olympic Boulevard at the bottom. The East and West boundaries are Highland Avenue to Muirfield Road. It’s an enclave of eight tree-lined streets and approx 400 homes.

Commuters can easily get to the Westside, Hollywood, or downtown via car or Metro.

Locals can walk to one of the two large parks to read a book, walk their dog, or play with the kids. And they can also walk to the shops, bars, and restaurants which run along Wilshire Boulevard and La Brea.

Brookside is also home to the Chateau Le Moin, a Moorish-style castle. The founder of The Magic Castle created the Brookledge Theatre here and his daughter hosts private magic shows called the Brookledge Follies.

Homes For Sale in Brookside 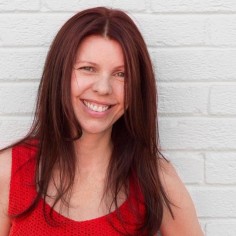